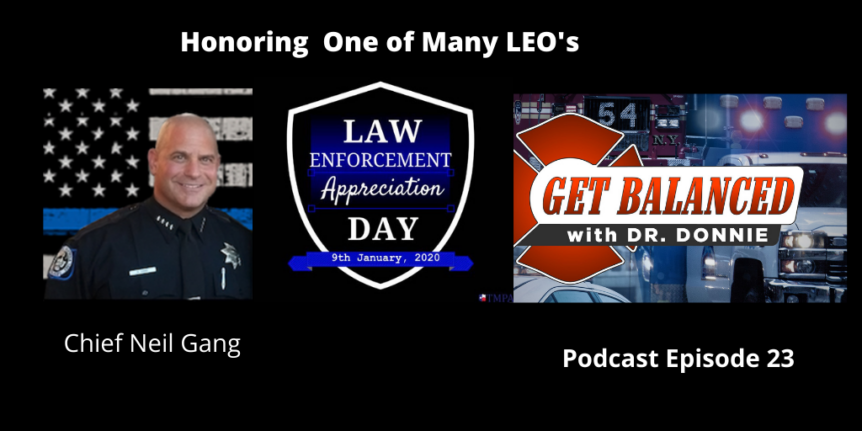 In this episode of “Get Balanced,” host Dr. Donnie Hutchinson features a previously released podcast in honor of Law Enforcement Appreciation Day.  He interviewed five LE officers in 2020 and his daughter, Hannah, picked Neil’s name out of a hat.  Dr. Donni is speaking with Pinole, CA Police Chief Neil Gang. A single father of two children shares his stories of faith, family, and intentional living.  He summarizes his leadership in four words, “Love God, Love People”.  There’s so much more to Chief Neil than the badge.  For instance, he strongly encourages his staff to have several hobbies outside of work.  On Sunday’s you will find Chief Neil taking a prayer ride on his newfound hobby of motorcycle riding.  Also, Chief and his fiance’ are actively involved working on their rescue ranch where they take in animals displaced by the California wildfires and will be offering equine therapy to help first responders with PTSD. Chief Neil was recently honored by the United States House of Representatives on February 15, 2020, as a Public Safety Hero of the Year.